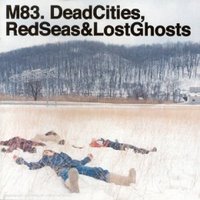 Did you know that MTV actually still plays music videos? Only when nobody is watching mind, tune in between 3am and 6am and you’ll be treated to the best new artists around. This is where I first spotted M83’s ‘Run Into Flowers’, no humans just a camera pushing through the clouds and the most amazing electronic music. ‘Run Into Flowers’ sounds like its creators are in the room with you such is its clarity with which it burns. Imagine the dynamics of the human body running through blocks of synthesisers and then some digitalised voices appropriating the human spirit through the mind of a robot. Ok, it all sounds a bit far fetched but it goes to show what can be achieved when men and technology cooperate. This is music for a 21st century Blade Runner. KD