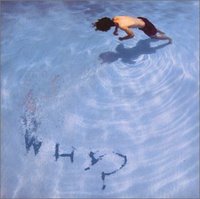 You won’t be playing this at your grandfathers 90th birthday party yet ‘Early Whitney’s grumpy stance might sit well with him the next day as he suffers his over indulgence. Yoni Wolf runs the Why? show, a one man creative force that has fleshed into a full band in recent times. ‘Early Whitney’ sways back and forth with little or no consequence but there’s drama in spades. The twinkling guitars sound as if they are half cut, almost demo like but that’s what makes the descent into polished chaos all the more satisfying. ‘Early Whitney’ takes a cynical view of the world (‘that ain’t no god it’s just a burning bush’), throwing observed vignettes at a world/girlfriend not prepared to listen. It all culminates in a buffet of noise as the singers’ exasperation manifests itself through bashed drums, snares masquerading as rattlesnakes and a southern drawl that borders on invective. Turn up your hearing aid and let the younger ones have a moan for a change. KD