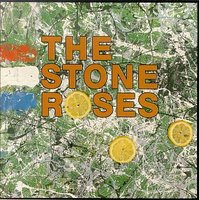 Ian Brown may have carved out a moderately successful solo career, Mani may have bolstered an already fine band, John Squire has certainly tarnished his rep and Reni may have disappeared off the face of the earth but all four have little to worry about as their band, The Stone Roses will revered for as long as music is played. The reason is quite simple; their eponymous debut is a perfect example of how a debut album should sound. Over 11 tracks the band arched and looped, swooped and conspired to create a diverse and melodious ramble that is undiminished with the passage of time and repeated listens. The more celebrated tunes can be heard up and down the land on any given weekend but the album has such lofty ambitions that cuts like ‘Bye Bye Badman’ are nothing less than thrilling. The song initially seeps from the speakers through an abandoned riff that is quickly joined by Brown’s refined vocals. As the shifts in tempo are repeatedly introduced and retracted Squires guitar parts reflect Byrdsian nods. Brown delivers a particularly impressive vocal, displaying an elasticity of range that was sadly non-existent during the bands live shows. Wren provides the beats that only a man with 3 arms could aspire to achieving. And it’s all over before you can ingest the full extent of the imaginations at work. Let’s hope the reunion rumours prove false. KD

Here’s a bit of fun for the season that’s in it. Imagine Art Garfunkel sitting in midway through the first side of the Stone Roses debut album. You’d think it’d be a mess, what with King Monkey giving it the old Amateur stamp of disapproval. Well against all the odds this mashup is classy enough to be served at any dinner table on New Years Day.