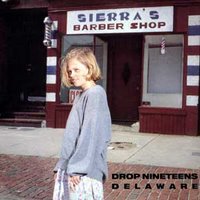 Boston’s Drop Nineteens looked east for their inspiration, namely the UK’s burgeoning Shoegaze genre that produced a plethora of bands who were low on conversation but high on blissed out chord dalliances (Ride, My Bloody Valentine, Swervedriver). ‘Winona’ is their most notable achievement, featuring a precocious mix of dense guitars and distant yet affecting vocals. Being the rock chick that she was Ms Ryder probably would have given it an admiring glance at the time. The video had the Drop Nineteens perched around a summer table engaged in childlike adventures with their food. While this may sound mawkish it worked perfectly in the context of the searing histrionics going on in the background. The song still sounds effective 14 years on, of its time but saddling nicely up alongside today’s version South Ambulance. KD