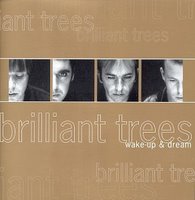 You can now buy this song and the rest of the album on our record label Indiecater Records here!

At this stage it would seem that the game is up for the Brilliant Trees as they stand ignored outside their own borough. There is nothing surreptitious about the way the Dubliners forged an identity for themselves. All it takes is a couple seconds in their company to recognise what they are about. Alan Hoey sounds all the world like Damon Albarn and his band consistently uncover golden mounds of jangling guitars. Listening to their debut it’s hard to believe their honeycombed melodies didn’t twig as much as a flicker of interest. This was a band with a heart that cared about their native city and had enough material up their sleeve to keep football supporters in anthems for decades. As a live prospect they were even more devastating as tumbling rows of chords ably back up Hoey’s avalanche of words. ‘Don’t Believe The Right’ starts out oddly enough with someone messing with a radio dial until it opens up into a colourful garden of noise. This is indisputably happy music that could churn your world into a kaleidoscope snapshot of Wonka’s chocolate room. KD