#97 Willy Mason – Where The Humans Eat 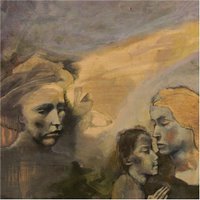 With a voice that sounds like it has endured too many smoky bars it comes a bit of a surprise to learn that Willy Mason has only just turned 20. With a tasty debut album behind him it appears as if the Martha’s Vineyard native may be on the verge of breaking into the big time. The title track is an understated gem, with its wallowing shuffle, plaintiff viola, dreamy glockenspiel and Mason’s solid husky vocals whisking you off to a deserted paradise. It is one of a clutch of likely singles that while not exactly chart friendly have the power to catch fire with the correct marketing push. Mason lyrics are also ear catching, not afraid to speak his mind in time he could become a rare muse on the indie scene. Rumours that certain record shops will only sell the album to you if you supply a special handshake are hopefully wide of the mark. KD

Willy Mason – Where The Humans Eat