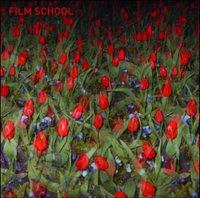 Now here’s an exciting prospect and another indication that we may about to enter Shoegaze’s second coming (hey kids, read Bloc Party’s ‘So Here We Are’). Film School have just released their eponymous 2nd album and already it’s sounding like the best album of 2006 so far. If jangling guitars (Pale Saints) and cool detached vocals (Ride) are your bag then a euphoric trip down memory lane awaits you. But this is not the beginning for the San Francisco natives because back in 2001 they released an album of real quality called ‘Brilliant Career’. In between the ‘Alwaysnever’ EP kept things ticking along nicely. ‘Activate’ is taken from that EP and is a good indication of the swirling guitars and harmonious atmosphere that percolates through Film School’s music. Dreamy and hypnotic this is perfect for those who prefer a guitar laced rather than a digital chill out soundtrack. KD