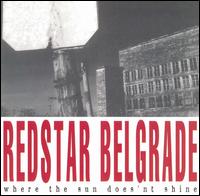 You can now buy this song and the rest of the album on our record label Indiecater Records here!

Bill Curry used to be a rock critic but he got so sick of slagging off terrible bands he decided he’d be better served starring in one himself. So along with his girlfriend he set up Red Star Belgrade (named after a Balkan Football team). The result was a critical favourite that was never truly embraced by the public. Tis’ a shame because RSB’s slow anthems meshed an attractive country edge with a knowing indie swagger. ‘The Saddest Girl In The World’ is taken from their debut and is a down tempo cruise through the singer’s feelings for his lover. The strumming is delicate and alert, subtly augmenting the boy/girl interplay. RSB have recently upped sticks from Chicago and moved to Canada. The change hasn’t been all good news, however, as Curry managed to fall from a second story balcony damaging his arm. There are some doubts as to whether he can ever play guitar again. You can keep up to date with his/the bands progress by visiting their website. Here you’ll find the majority of the bands output on MP3 and ways to buy their CD’s on the cheap! KD

“thanks for the nice mention. it’s funny you discovered that track–it’s one of my favorites. i guess it still gets some airplay over in europe.
we still get royalties from overseas but nada in the states.

(check out “quiet and terrified” on the site, too–that’s one of my
all-time faves). i think it’s on real traitors or secrets.

it looks like i’ll b able to play again, but perhaps on a limited
basis. my shoulder’s currently paralyzed, but a nerve transfer surgery
in may/june might b able to provide some help.

the pain is beginning to subside from the damaged nerves and hopefully i can get back at it.

We’re all with you Bill. Speedy recovery.