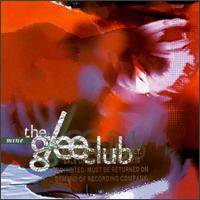 Jettisoned from the same part of the world that produced the Cranberries the Glee Club infused their shimmering guitar escapades with the more traditional elements of the Irish music scene. In Joanne Loughman they boasted a singer with that classic Celtic lilt, part Dolores O’Riordan, part Liz Frasier it has the majesty to send a tickle down your spine. ‘No Reason’ is taken from the bands one and only album and is a full house worth of incendiary nods to My Bloody Valentine, the Velvet Underground (ah listen for those tearing violin touches) and the Cocteau Twins. The song continually soars and troughs and in the process takes the listener on an audio tour of stony Connemara via uber New York. Give it one listen and you’ll have no choice but to scurry back to Mine. KD

The Glee Club – No Reason