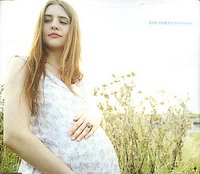 BMX Bandits (named after the 1983 Nicole Kidman movie of the same name) was the breeding ground for the consummate delights that was to become Teenage Fanclub, Superstar and er the Soup Dragons. The band underwent so many changes throughout their career that you’d need a genealogist to map the line-up from day to day. While Duglas T. Stewart’s name may not have the resonance of, say, Norman Blake he was main creative force behind the Bandits and their distinctive C86 template. Dishy guitars meets twee lyrics are a constant and to some such a concoction is pure Heavenly. ‘Little Hands’ lovingly describes the scene where boy in band falls in love with cute girl fan. Simple and cherishable it boasts Fanclubesque chords a la ‘The Concept’ while Stewart’s vocals are just mildly nasaled by those heavy double-rimmed spectacles of his (probably). The EP’s cover playfully dramatises the effect of the union on what looks frighteningly like Courtney Love’s twin sister. KD

[US] Life Goes On