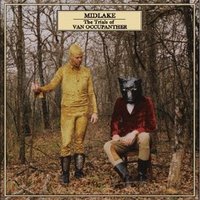 Midlake are in Europe as we speak, lining up beside the Flaming Lips and the Earlies until the end of June. Those enamoured by the histrionics of the Lips might be surprised by Midlake’s concentration on the music and not the opera. ‘Roscoe’ has been traversing the blogosphere for months now, splashing its retro leanings far and wide. The opening always reminds of the theme music from a 70’s cop show that I can’t quite remember the name of. Tim Smith’s vocals are perfectly adept at reconvening the sound of the time; they have an earthy quality that is really soothing. The guitars chug with such an air of authority you may be scratching your head as to how this band has so far fallen below the mainstream radar. The track included here comes from the bands debut ‘Bamnan and Silvercork’ and will be a delight for those who gore on Grandaddy’s slightly skewed melodic dalliances. With it the band suggest that if they open their collective curiosity box the world would surely fawn. Midlake come from the same town in Texas that gave us the spectral Explosions In The Sky (both signed to Bella Union) and their soon to be released The Trials of Van Occupanther

could soon be occupying the same spot in your heart that creates those EITS excitable shivers. KD

[US] Bamnan and Slivercork