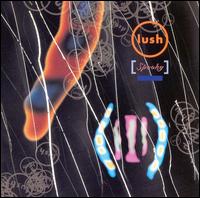 It had taken Lush 8 years to achieve their biggest success ‘Lovelife’, their third album that spawned 2 successful singles ‘Ladykiller’ and ‘Single Girl’. At this stage Lush had finally shaken their shoegazing tag, instead turning out an exciting brand of powerpop with their female vocalists riding in the slipstream of the music’s dynamics. But, tragedy struck in late 1996 when one of the founding members, drummer Chris Acland, took his own life. Torn by grief the band were unable to recover and soon disbanded. ‘For Love’ is taken from their ‘Spooky’ album and displays how Lush were initially swept up in the dream pop category. The song is categorised by a chunky bass line, noteworthy strumming and most of all Miki Berenyi’s distinctive high-pitched vocals that does wonders in a space that could have accommodated two singers. And there is plenty more good stuff like this to investigate in Lush’s back catalogue. KD