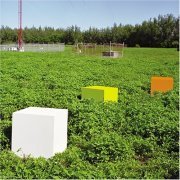 Washington band the Carribean have been in the music business for over a dozen years. Previously called the Townies they decided on the much more exotic current monikor around the turn of the century. Listening to ‘Siamese Sons’ from their third album ‘Plastic Explosives’ reveals a band with a Malkmus grasp of melody that is never forced or compromised but still as jolly as a beggarman who has just won the lottery. Michael Kentoff is the chief songwriter and he is currently working with hugger faves Pagoda as they prepare their second album. The Caribbean are fine musicians, insightful lyricists and perhaps only slightly held in check by their clever clever outlook. KD