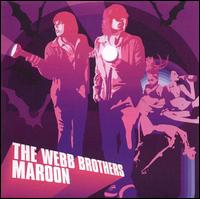 Despite at times coming worrying close to prog-rock the Webb Brothers produced a stellar sophomore album with ‘Maroon’ in 2000. Renowned singer Jimmy Webb is Justin’s and Christiaan’s father and as you’d expect the pair are more than slightly tinged by his influence. ‘Summer People’ is the sparkling highlight from ‘Maroon’ (although ‘All The Cocaine In The World’ is a close second for comedic value alone) flourishing under the spectacular guitar led opening that sprays mighty riffs about like confetti. The vocals aint shabby either, marching in tandem with the foraging music. The Webb Brothers recently supported the vastly overrated Magic Numbers and have a couple of new songs available for download from their website. A new LP called ‘The God Helmet’ is also in the pipeline. KD