This Mortal Coil – Song To The Siren 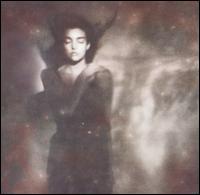 Liz Fraser of the Cocteau Twins was responsible for inspiring a whole slew of ethereal copycats but hers is the truest distillation of the form. Not content with just milking our tear ducts with her own material she teamed up with Ivo Watts-Russell under the This Mortal Coil moniker to cover Tim Buckley’s ‘Song To The Siren’. The song originally appeared as a b-side but its inclusion on the TMC ‘It’ll End In Tears’ LP ensured it would be immortalised. Not that Buckley’s original is shabby but Fraser’s voice is so otherworldly beguiling with just enough understated echo that you’ll plump for this version every time. Save for some sparse guitaring in the distance Fraser’s mystical voice is all you get. ‘Song For The Siren’ will stop you in your tracks no matter how many times you hear it because it is without question one of the most affecting pieces of music ever recorded. KD

This Mortal Coil – Song To The Siren