Ivy – Edge Of The Ocean 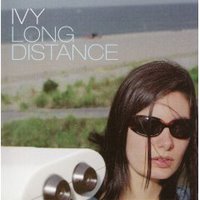 Ivy have been around as a trio since 1993 and although the name might not ring many bells they have slowly drifted into the public consciousness culminating in their score for the Farrelly Brothers ‘Shallow Hal’ flick. Made up of French born vocalist Dominique Durand, Andy Chase and Adam Schlesinger (he of Fountains Of Wayne fame) Ivy have left much of their indie guitar roots behind them of late, preferring instead to mine a sound not too dissimilar to Morcheeba. While this has its own pitfalls in a market that lacks differentiation songs like ‘Edge Of The Ocean’ can still be enjoyed without feeling that you’re swallowing old hat. Durand’s vocal harmonies are particularly noteworthy as the cascading chorus blossoms; elsewhere the music sounds like it just wandered off the set of ‘The Beach’. The perfect comedown for those short catch-your-breath breaks between World Cup games. KD

Ivy – Edge Of The Ocean