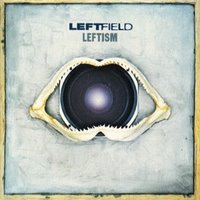 Leftfield may not have scaled the heights of their contemporaries Orbital or Underworld but they certainly had their moments. ‘Release The Pressure’ was their first electronic foray and in a bid to hedge their bets the song includes the chilled out tones of reggae legend Earl Sixteen. This is the extended album version that pulses and swaggers for almost eight minutes. It may take some time to wiggle into the glorious synth shakedown at its core but it is never less than a groovy accessory to the hedonistic weekend you may have planned. Paul Daley and Neil Barnes prove adept at building the atmospherics to a point where refusing to succumb to its charms is a futile exercise. The duo were to have their biggest success when joined by John Lydon for the energetic but much less subtle ‘Open Up’. KD