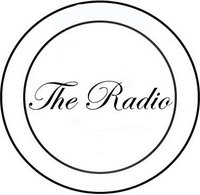 Stephen Murphy used to be one of the guitarists with Dublin band Rollerskate Skinny. For his latest project he has toned things down a little, replacing the scorching chords with playful electronics and Caroline Lee Bakers tender vocals. Their debut album ‘Kindness’ came out in 2004 to critical acclaim and was followed up by the ‘Satellite’ EP this March. ‘Empire’ is taken from the debut and is a sufficiently classy to have you swaying like a field of barley, not in a soccer mom type of way, more like an indie snob who knows what is good for ears. The Radio were recently featured on the US TV Series ‘Gray’s Anatomy’ so it appears as if their stock is rising with each subsequent release. KD