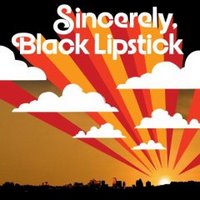 There are some bands who could not have been conceived without first drenching their collective machinations in rocks rich tapestry. And so it is that Black Lipstick have evolved from the unique creations of the Velvet Underground and the Stones. The beauty is the way they cajole their own magic from their instruments as much as they borrow. ‘Bob Fosse’ is so awkwardly sophisticated; opening up from its elaborate beginnings where the tempo is built incrementally to become a retro heeled display of genius cool. Not everyone can coin a song like this, it takes talent, as much as it took Jagger and Richards to bring their own definition of the blues to the masses. So why aren’t Black Lipstick global, you could’ve asked Lou Reed the same question in the late sixties. KD