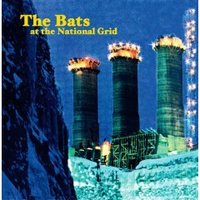 Relative unknowns outside of their native New Zealand the Bats have an impressive back catalogue stretching back to 1982. The band have a long association with the Flying Nun label which also handled other prodigious acts like the Clean. The connection between the 2 bands didn’t end there either as the Bats were actually formed by the Clean’s bass player Robert Scott who went to become the bands main vocalist. The Bats entered the public consciousness recently after their appearance at SXSW in Austin earlier this year. ‘Bells’ is taken from their 2005 album ‘At The National Grid’ which was their first new LP in 10 years. ‘Bells’ will be manna from heaven for those waiting for the new Shins album, strummed chords have rarely sounded so alive and Scott’s vocals are so warmly familiar you’ll feel like you’ve grown up with them. Indications are that this is a band to investigate a great deal further. KD

[US] At the National Grid