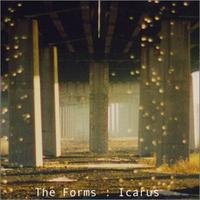 The Forms are the natural descendants of In Motion with their seamless tapestry of vocals, chomping bass, wispy drumming and gliding chords. Their debut album was produced by Steve Albini, no less, and boasts 10 tracks that segue into each other affording 18 minutes (!) of blissed out jamboree. What is lost in discernible lyrics is more than made up for in the lush soundscapes. The free flowing jangle provides the perfect foil for singing that is equal parts adolescent in love and drunken poet. With nothing resembling a chorus the Forms music hovers about like moody monday morning fog, the effect is in turn refreshing and otherworldly. Expect the Forms second long player later this year. KD