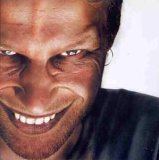 The electronic windowlicker may have had the critics on his side for most of the nineties but many of his offerings were about as appealing as long fingernails scraping down a blackboard. On occasions, however, he dropped his nocturnal guard to dramatic effect. ‘Goon Gumpas’ is as cute as the video it inspired (huge teddy bears bouncing on oversized beds – and completely unfindable on youtube but the one below does something similiar) with sweeping organ flourishes and digitalised strings plucked in pretty patterns. This is the sound of little red riding hood in the forest after the successful introduction of myxomatoses for bad wolves. Heck, even my hairy eared grandma has nice words to say about it. KD