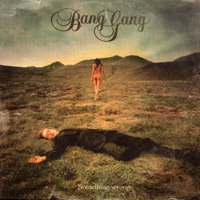 Bardi Johannsson is a TV star in his home country of Iceland. For the rest of us its the way he sings with the fey wonder of Mew’s Jonas Bjerre that matters. Perhaps, a whole album of gloriously styled slow tempos might be a bit too much to bear but once in a while it’s nice to surrender to songs like ‘It’s Alright’. Sparse save for an acoustic guitar, a shaking maracas and Johannsson’s shimmering harmonies ‘It’s Alright’ does take its time to befriend, in fact I went several months between listens but the return proved the luxuriousness of the montage. Too copped on for coffee table yet reassuringly sedated this will either enslave your senses or have you rushing another entry to your recycle bin. KD