#63 Primal Scream – Higher Than The Sun 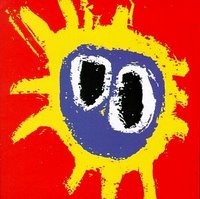 They left themselves with an uphill battle to scale the heights of their defining moment ‘Screamadelica’ yet Primal Scream have retained a dignity long forsaken by many of their early contemporaries. Whatever way you look at it, however, there was never a chance that their indie-dance fusion of 1991 could be have been bettered. With the band about to throw in the towel salvation came by way of dance impresario Andrew Weatherall who proceeded to revitalise a collection of songs that had the necessary class but lacked the killer guile. ‘Higher Than The Sun’ appeared twice on the album and this is the lengthier version with spaced out first half, followed up by a Jah Wobble bass fest that is as chilled as freshly popped ice cube. What else could you expect from a band who poised in various degrees of annihilation after bouts of drinking leaving the tag line ‘Primal Scream, know what I mean’ to explain all. Genius. KD

Primal Scream – Higher Than The Sun