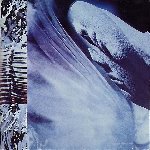 Bell X1 might sweep to victory in the prize for most successful Kildare band ever but back in the 1990’s Whipping Boy tethered on the cusp of world domination. Recrimination, lacklustre sales and a gradual weariness of the music industry meant that the bands main men Ferghal McKee (vocals) and Paul Page (guitar) went 8 years without talking to each other. Thankfully bridges have been mended and we are just a week away from the bands reunion gigs. Whipping Boy burst onto the scene in 1992 with their feedback-laden masterstroke ‘Submarine’. While it may have lacked the production sheen of ‘Heartworm’ the unbridled anger that seeped from the tunes was a joy to behold. Behind the ear splitting noise was an ingrained ability to coin sweet mangled melody. ‘Favourite Sister’ holds a special place in my heart as I first heard it from a drafty lecture hall back in early nineties. Even though the band were playing in a different part of the campus the My Bloody Valentine swathes of noise affected all and sundry. The gig was eventually cancelled after 3 songs because the cleaning ladies were unable to perform their duties such was the intense volume levels. They don’t make them like this anymore, with a bit of luck the reunion gigs will go well and once again no old dear within earshot will be able to carry out her daily rounds. KD