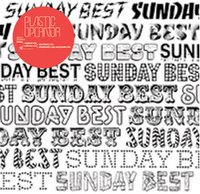 For those who expect to get inside the mind of an artist by means of his ambiguous lyrics you better look away now because these ex-students from Montreal and Antwerp don’t give a diddlysquat for words. What they do care about though is rewriting the gospel according to Jean Michel Jarre and the Pet Shop Boys for the noughties. ‘Folder’ has been floating around the blogs for months now and it seems it finally got its chance to infiltrate the mainstream with its official release at the back end of last month. This is stupendous pop, cleverly rolled out through banks of electronic wizardry. The vocals are robotic Kraftwerk at their best and there is nobody alive who could avoid shaking a leg to its rhythmic dalliances. Expect it to soundtrack your next holiday in the sun. KD