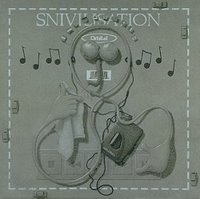 Despite the fact that electronic purveyors (& brothers) Orbital were named after a road the duo were capable of instantly weaving a rich landscape of sound. Live, they stood imperious on stage bobbing as the headlights from their head garments swung in time with the rich tapestry emanating from the banks of electronic gizmos in front of them. Their early albums continually provided swansongs that took on an epic slant pushing the boundaries of electronica in a swirl of hazy melody. Check out ‘Belfast’ and ‘Out There Somewhere? Pt. 2’ for an acid trip through space to remember. ‘Attached’ is on a different plane altogether, an ambient masterpiece that if it had been about in the late seventies could have given Spielberg an even more fitting soundtrack to the finale of Close Encounters. Otherworldly and diverse it is underpinned by a beat that just falls just short of danceable. Any chill out album without it is sorely lacking. KD