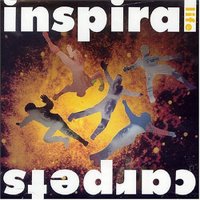 They might have worn the latest in baggy clobber but the Inspiral Carpets never shook that tag of unfashionability (which made their ‘cool as f*ck’ t-shirts all the more hilarious). A bit of a shame really because the Oldham natives were well capable of writing a good tune. Their debut ‘Life’ and its follow up ‘The Beast Inside’ saw the band at the peak of their powers with later efforts turning out a diminishing number of winning tunes. Paradoxically their biggest break came when they briefly bagged Mark E. Smith for ‘I Want You’ in 1994. ‘I Want You’ belied the Carpets sense of melody and they even saw fit to drop their trademark Hammond sound, resorting instead for a more Fall like series of yelps and rabid drumbeats. But it was the swirling Hammond and jagged guitars (those carefree bowl haircuts are hard to forget too!) that is the bands true legacy. Not since the Doors was the former instrument given such a lucid workout. You can just picture the foursome in their splendid colourings turning out the theatrics during ‘Directing Traffic’. The playing is wild and freewheeling as Clint Boon engineers huge plumes of noise from his organic tinkering. In the opposite corner Tom Hingley masquerades his sturdy self through sheer energetic application. The Inspiral Carpets sit proudly beside a host of stellar bands from Northern England that emerged in the late eighties/early nineties (the Stone Roses, the Charlatans & the Happy Mondays being the obvious examples). Moo forever. KD