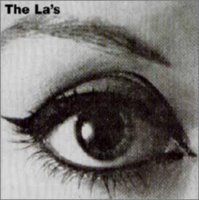 Despite his protestations that the album didn’t sound the way he imagined it would Lee Mavers never got round to (literally) setting the record straight. To the rest of us the La’s one and only album was a treat, a hybrid of sixties psychedelia and early nineties swagger. The fallout after the band broke up gave us the lamentable Cast with their paper-thin melodies and back of a matchbox hypothesis’. We can forgive John Power his crimes; however, because as 1 quart of the La’s he was partly responsible for the genius that is ‘There She Goes’, ‘Feelin’ and ‘Timeless Melody’. ‘Looking Glass’ was the album closer that provided a warped trundle through spilt melodies, harmonic vagrancies and schizophrenic compositions. This is a troubled song exploring the inner workings of the mind of a troubled genius. The song travels between the initial sunny day acoustics to flailing band in a twin tub finale, along the way there is so much hypnotic stuff going on the veins on your forehead could start to bulge. Last summer the La’s reformed for a series of reunion concerts and there have been persistent rumours that Mavers and Power are back writing together again. KD