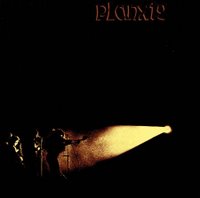 When Christy Moore gathered some friends from the traditional music scene in Ireland to act as his backing group for his next release little did he know what he was about to set in motion. The coming together of Moore, Liam O’Flynn, Donal Lunny and Andy Irvine not only revitalised traditional music but also brought with it a much needed savvy that saw Planxty effortlessly incorporate folk and European influences to broaden the genre’s horizons. Pretty soon the new band were releasing their eponymous debut that was to see them experience success well beyond their native country. ‘The West Coast Of Clare’ is as beautiful as the rugged landscape it describes. Irvine’s gently plucked mandolin and the mournful tin whistle add balance to a vocal that is just as resonant as Nick Drake’s. This is powerful and affecting music, a superb blend of the traditional with the emerging folk movement of the time. O’Flynn’s tin whistle plays a pivotal role on ‘Junior Crehan’s Favourite – Corney Is Coming’ as his nimble reflexes carry the first half of the song. As is the case with much of Irish traditional music there is always a fast bit around the corner and this time it comes by way of Moore’s rolling Bodhran strokes and the all-consuming Uillean Pipes again produced by O’Flynn. The playing is lavish but never overcooked so it feels as if Planxty are playing in the room with you. Planxty have had a colourful history reforming and disbanding on a number of occasions often with different members joining in. The latest reunion tour occurred in 2004 when the original quartet played to audiences in Dublin and Clare to widespread acclaim. For the next 24 hours they shall supply the soundtrack to the gentle slurping noises of several million Guinness drinkers the world over. KD

Planxty – The West Coast Of Clare