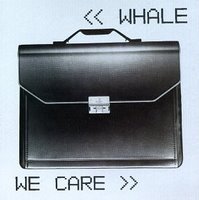 Love Is All may be the new kids on the block but you can trace their sound back to another chaotic Swedish band called Whale. Whale burst onto the scene in 1993 largely due to a remarkable promo which saw Cia Berg prance about in her hob nails, braces and white undergarments in a quarry. Filmed with the shaking intensity of a drug addict it provided a visual feast yet the music was no less dramatic. Sporting Beastie Boy like trump cards including a bounding bass line, hollering vocalists and ripcords to perforate eardrums there was a definite hip-hop feel to the piece with Berg’s confused schoolgirl vocal theatrics spoiling the opportunity to classify. The trio recorded the song as a joke but its success led to the 1995 full length ‘We Care’. Berg also acted in several films yet her best performance was saved for this rollercoaster trip. KD