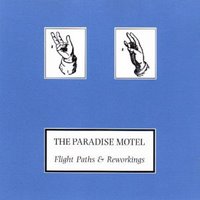 Paradise Motel had their moment when they covered the Cars ‘Drive’ for the soundtrack to a movie about a dead guy and some pastries. This is sad because the world has been denied Merida Sussex’s haunting vocals, which are so passionately in evidence on ‘Ashes’. I spotted this song on a Melody Maker compilation CD from 1997 called ‘Independent & Still Taking Liberties’ and it blew away the competition. Most of the band were originally from Tasmania and asked Merida to be their singer after a chance meeting in a library in Melbourne. The band soon decamped to London to make their fortune but it wasn’t to be. ‘Ashes’ is so delightfully different; its showy strings means it could easily find an audience far beyond the stereotypical indie set yet its appeal is there for all. No surprise then that they were at some point signed to infectious records, because this is highly contagious. KD