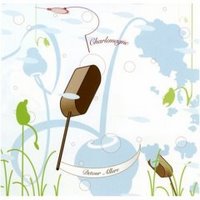 I haven’t been so excited about music like this since Mike Batt started writing songs for the Wombles. Carl Johns is the impetuous behind Charlemagne and his second album ‘Detour Allure’ has just been released. Charlemagne expose plenty of country elements yet the overriding feeling is of blissed out pop. The music is prime for the summer but could quite easily brighten those frost bitten winter mornings as well. ‘Your Scars’ might be the Boy Least Likely To’s best song with the tacked on studio tricks removed. The song flows on its painterly way, shamelessly addictive and capable of drawing claps from the hardiest of hands. Johns vocals are joined on occasion by a sighing female boosting the soft dynamics. With so much feeling billowing in the grooves surely it’s only a matter of time before someone invents a fluffy character to cutely headbob to it. Charlemagne is Carl Johns solo project, although he tours with a full band, and he is currently on career break from his band Noahjohn. KD