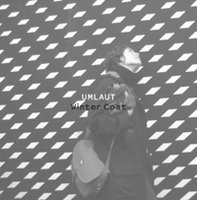 In the end an obsession with winters cold face proved too much for Umlaut (a word I’ve heard Alfie use from time to time). Despite being signed to the uber cool label Fantastic Plastic this Sheffield band split up after only releasing one single in late 2005. ‘Winter Coat’ had the scratchy surface of a demo but for this reason alone it contained a spark so often erased by production gloss. Sounding like a hybrid of Cable/Lodger ‘Winter Coat’ begins with what sounds like a composition written on a casio keyboard by an infant. Pretty soon though the short sharp guitars kick in with the little monkey on vocals giving it arctic style. The casio returns at various intervals but it’s masked by a sweet coterie of sounds that flail around it. Umlaut’s DIY approach is a breath of fresh air, sort of punk with a cuddly exterior. You can find various members of Umlaut scattered between 2 new bands, the very promising Situationists and Johnny Rocket & the Bang Bangs. KD