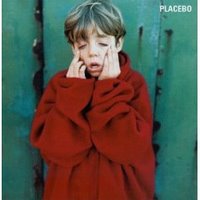 Despite the fact that the odds were ostensibly stacked against them Placebo have rarely lost their focus in writing great tunes. Brian Molko might not be your average Joe but who cares once he can craft tunes that can be rightfully called important. Over the course of a decade his bands talent has rarely dimmed and a recent singles collection should only prove to be the end of part one in a triumphant career. ‘Bionic’ is taken from the bands ecstatic debut and is one of Placebo’s unheralded gems boasting grand horizons, epic propulsion and a unstoppable zest for life (and love, ahem). Molko keeps the words to a minimum because all around him the band spin bulbous melodies in the form of expansive riffs. The bass is particularly ear catching, something an on form Mani could be proud of. The dynamics are aided by the looping guitar assaults that turn supersonic at regular intervals. This is the hair dryer effect put to music. KD