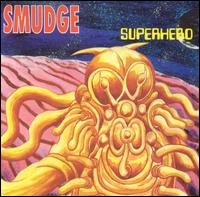 If you think you can hear something familiar in this song then you’d be right because ‘Superhero’ is a joint Smudge/Evan Dando collaboration. Dando was merely returning a favour, however, as Smudge’s Tom Morgan had lent a big hand on the song writing duties for the Lemonheads classic ‘It’s A Shame About Ray’. Smudge’s drummer Alison Galloway also got in on the act by being the subject of ‘Alison’s Starting To Happen’ from the same album. ‘Superhero’ is the title track from one of a number of EP’s released by the Sydney band in the early 1990’s. It takes on a frantic Dinosaur Jr bent from the off revealing a sound that bristles with energy and scatters its post-punk attitude with a solid chorus. The production has a distinct hands off quality giving the piece a natural feel as if it was recorded in one blissed out take. KD