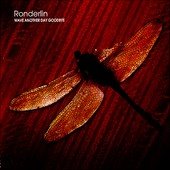 This blog moves ever closer to exhausting the list of artists on the Labrador label in which to feature. The Ronderlin camp from Gothenberg have been very quiet of late although they did resurface on Tomt recordings back in January with a 2 track 7-inch. For a decent estimation of the value of the band take a good listen to ‘Reflected’, a prized piece that drifts by with little fuss but has more craft than 99% of what passes as good music in this world. Kalle Grahm sings in a style not too dissimilar to Dolores O’Riordan had she been born in Northern Europe but most closely resembles Al Stewart. Naturally this means the experience is never less than pleasant and often much better than that. The playing around Grahm is notable, forever underplayed and intricate it flourishes towards the finale under the weight of various items such as the mouth organ and a hammond that hogs the shadows with lofty gravitas. KD

[US] Wave Another Day Goodbye