Ghosts Of Pasha – This Is E Boozler 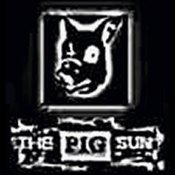 When a beat up promo arrived from faraway I was not necessarily filled with wide-eyed anticipation. It had a crude print of an animal on its front and words that seemed to say the Ugson. Once immersed in the stereo, however, ‘The Pig Sun’ played the coolest slackers hand I’ve been dealt since the last Stephen Malkmus full-length. The Ghosts Of Pasha are relative unknowns, signed to a small label and on the go since 2003. ‘The Pig Sun’ is their second LP and if it gets the proper airing it could likely become a cult sensation. Over 17 short lo-fi blasts the band take Pavement’s blueprint and turn it into an appropriate shade of corduroy. The production is hands off and the loose playing suggests that many of the takes were spontaneous. ‘This Is E Boozler’ is so convinced of its own carefree ways that the subtle melodies drift about without supervision, in fact if this were vinyl you’d be searching for the warp. Told another way it is the sequel to the almost forgotten majesty of ‘Kennel District’ (go seek). There are 16 more desirables where this came from and when Chris Partyka hits J Mascis form you can’t help but be enchanted. ‘The Pig Sun’ is one of the most rewarding albums to be released in 2006. The band are already working on the follow-up, with a working title of ‘Way To Go, Glove’ it promises to be 60 songs over 2 discs. My my, Ryan Adams will have to watch his back. KD

Ghosts Of Pasha – This Is E Boozler