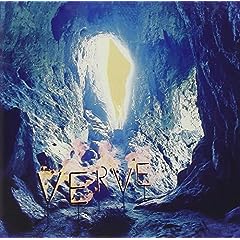 Funny how a little word like ‘The’ can have such significance. In Verve’s case it was what saved them from going to court with the Jazz label Verve Recordings over naming rights. How, anyone with a command of their senses could have ever misinterpreted what Ashcroft & Co. was doing with a work of Jazz is a mystery. And how the same people who were confused were somehow salvaged by ‘The’ is again something that Jack Palance will have to take a look at. ‘A Storm In Heaven’ was released a full 4 years before ‘Urban Hymns’ became a storm on earth but there is much to admire in its broad sweep and unrestrained ambition. Ashcroft was never one to just dabble in the illegal stuff and much of Verve’s debut is made up of trippy, psychedelic soundscapes. At this stage Nick McCabe’s guitars were already epic and even if Ashcroft’s vocals were sometimes fleeting they remained central to the Wigan bands cause. ‘Star Sail’ is the grand opening to the album, a supreme gesture of a band playing by their own rules. Although it could have skulked with the other shoegazers there was a suggestion that it was drawn from a brighter more diverse palette. One of the reviews at the time described listening to the song and believing that a man could fly. Yep, Dicky wasn’t the only one downing the head churning stuff. KD