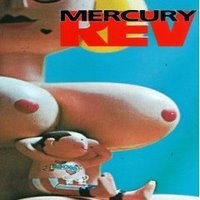 Not that Mercury Rev need much of an introduction but there was life in this band before ‘Deserter’s Songs’. A pretty turbulent one too it has to be said as drugs, internal feuds and lack of recognition meant that ‘Holes’ et al may never have seen the light of day. Reputably formed after its various members met in a psychiatric hospital Mercury Rev released an uneven joy in 1993 called ‘Boces’. Lacking the distinct tuneage that would be eventually see them bloom it did, nonetheless, include 2 bona fida’s in ‘Something For Joey’ and ‘Bronx Cheer’. Sporting a remarkably sprightly Jonathan Donahue vocal performance the latter was also characterised by a rush My Bloody Valentine guitars. Deep inside the chaotic melodrama was a cutesy melody that said much about a talent that would eventually sweep us all off our feet. KD