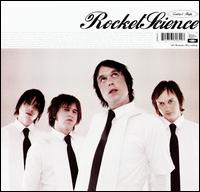 The aptly named Roman Tucker had this dream of becoming a rock star when he was a kid. He aspired to write tunes that pillaged so devastatingly from the past but still could wake contemporary youth from its slumber. What he didn’t plan on was a catalogue of misfortune which has seen him recover from a serious head injury only to break his leg a couple of weeks later. But, that was in 2004 and 2006 should see Melbourne’s finest release their 4th LP. ‘Being followed’ is the perfect vehicle for Tucker to strut his updated version of the Jagger swagger; the video is a masterpiece of elegant retro stylings. ‘Being Followed’ has a terrific Farfiso centrepiece but it’s not alone in its reconstitution of rocks early manoeuvres. As a live force Rocket Science have to be seen to be believed, it doesn’t matter if you don’t know the songs this is a band that was born to thrill your inner television throwing self. KD