#35 The Shout Out Louds – Comeback 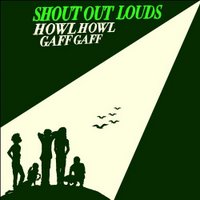 While Canada deservedly collects the prize for the most startling new bands this year let’s not forget that Scandinavia has also been punching above its weight. Aside from the immaculate Swedish Labrador label (Afraid of Stairs, South Ambulance, [Ingenting], the Radio Dept. et al.) the likes of Magnet, Royskopp and the untouchable Mew have all released albums of distinction. Here’s another one to watch, Stockholm’s Shout Out Louds sit easily with the emo brigade, their songs are immediately enjoyable yet are suddenly forgotten 5 minutes later. Their debut album is about to be re-released and ‘Comeback’ is one of the standouts. Combining the sounds of an Atari console with the hearty guitar kicks of a good Weezer single it certainly begins with a bang. And the fun doesn’t end there as the chorus is as pleasing as snow on Christmas day, just don’t expect to be still whistling it by New Year’s. KD

The Shout Out Louds – Comeback