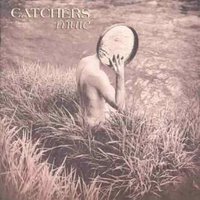 This is not a million miles from the Plague Monkeys. It’s low key and atmospheric and the lyrics are blissfully ambiguous. Documenting fading beauty or stolen innocence, it’s hard to tell but despite the confusion nothing can take from the imagery in the music. Dale Grundle’s crisp vocals drive the piece while Alice Lemon’s celtic tremblings add the necessary mystique. Save a for a distance synth this is perfectly acoustic yet utterly disarming in its application. Hailing from Portstewart in Northern Ireland the band pulled off a major coup by getting Richard Kirby (of Nick Drake’s ‘Bryter Layter’ fame) to direct the orchestrations on their second album ‘Stooping To Fit’. Despite an initial flourish of the interest in the band success has never truly arrived. Despite this they are still touring and have recently put themselves up on myspace (http://myspace.com/catchers)! Watch out for some dates in London over the next few months. KD