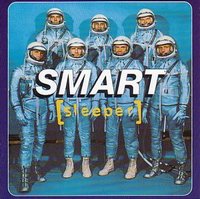 They may have been just another female fronted band but Sleeper’s music only told half the story. In Louise Wener the band had a bolshie spokesperson unafraid to warble on about the topic of the hour. While this guaranteed plenty of column inches in Melody Maker for a brief time their music also made an impression. ‘Smart’ their debut was a mixed affair but it was speckled with some genuine moments like ‘Inbetweener’, ‘What Do I Do Now’ and ‘Vegas’. The latter was one of a host of singles released from the album and featured Graham Coxon on saxophone. It begins all vaudeville like before quickly returning to indiepop type. Wener’s vocals are charismatic as the tempo zig-zags from soulful reflection to final wipe out which features a descending volley of marching chords. The song tells the story of a desperado willing to throw it all away for a brief sojourn on the rip in Las Vegas. Despite the minor chart successes scored with ‘Smart’ the follow up ‘The It Girl’ failed to build on the momentum and Sleeper disbanded in 1998. Wener has since gone on to become a successful author. KD