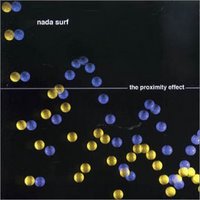 Perennial underachievers Nada Surf can always be depended on to turn heads every couple of years. It happened to dazzling effect when ‘Popular’ became a geek anthem in the mid nineties. Since then the band have honed their craft and released progressively better long players. So much so that their artistic merit has overtaken what is offered by their contemporaries Weezer. Couldn’t imagine Rivers ever coming up with something as spectral as ‘Hyperactive’, which hits so many frantic highs, just listening to it can make you shudder. This is a song that plays like 4-minute chorus; Matthew Caws bends his voice to capture the sweet contours while the rhythm section sets a Ned’s Atomic Dustbin like lightening pace. Guitars twang menacingly and the drummer plays until the veins break to the surface. Aural heroin then, the only side effect being the repeated cries from downstairs neighbours to borrow the enchanted grooves. KD