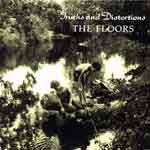 Carlow band the Floors are perhaps best remembered for their novelty hit ‘Jesus Lived Six Years Longer Than Kurt Cobain’ but it was the seething anger on their borrowed collaboration with Lydia Lunch that is the stand out from their debut album ‘Superbe’. Lunch exposes are a vivid illustration of invective and her exhilarating monologue on ‘No Excuses’ is both disturbing and an extreme take on the Riot Grrls genre. The Floors somehow conspire to match the raw material with a blustering soundtrack. The booming bass and Velvet Underground chord scratches are aided and abetted by Ger Farrell’s thumping drums. The Floors songwriter Dave Donohue can hold his head up high in achieving what could have been seen as an impossible task. There ain’t many tunes about like this one, so batten down the hatches and hopefully see you on the other side. KD

The Floors – No Excuses