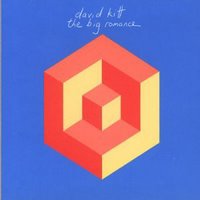 Being the son of a well-known politician could have been the source of many a family feud but Dad Tom must have breathed a sigh a relief when his son’s music started to get noticed. You see David Kitt creates the gentlest of songs, writes about the sweetest of things and generally looks tidy save for an unruly mop of curly hair. While this anaesthetised description might have you running for your Babyshambles singles there is so much to Kitt’s armoury of wistful harmonies to gaze adoringly at. First there is the soft monotone voice that can craftily turn even the tone deaf into eager shower room tenors. His singing sits atop a lush base of acoustics, trumpets and the odd electronic alleyway. Kitt’s piece de resistance came on his ‘The Big Romance’ album which strolled by with an elegancy not seen since Nick Drake departed. ‘Song From Hope St. (Brooklyn, N.Y.)’ was the big hitter yet the album was littered with cute songs to steal your heart. ‘Whispers Return The Sun, Rest The Moon’ is typical of the fare with its shuffling rhythm and comfy vocal dramas. As approachable as a warm summer breeze it meanders through the singers adoring thoughts on a new love. It’s as inoffensive as a butterfly but you’d have to be wearing a stone heart not be moved by it. Kitt’s light has dimmed somewhat of late due to an ill advised covers album but if he can recapture his form of old the world is his. KD