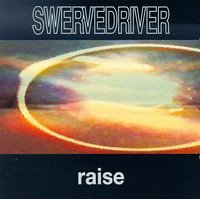 Speaking of Shoegaze, one of the finest purveyors of the genre was Swervedriver. Many of their best moments are contained in their debut ‘Raise’ (keep an eye out for the epic ‘Duel’) which was released on the Creation label. Swervedriver were categorised by thundering yet tunesome guitars that ravaged the eardrums, a product of their love of all things metal and perhaps a fascination with grunge which was ubiquitous at the time of this albums release. Despite the glorious montages of sound Adam Franklin was still able to clearly impart his distinct voice which meant that the band were a lot more accessible than their axe wielding hero’s. ‘Rave Down’ was the opening track on side 2 and retains a majesty that is undiminished to this day. It begins with purpose as a wall of guitars plough through an elastic riff. The dynamics are such that it would have made a fine instrumental but Franklin’s scant pronouncements help add a bit of balance. This is perfect music for slouching semi drunk in a corner of an indie dive, your head sway barely concealing a fulfilled smile. Swervedriver have never really been forgotten, just take a look at how much ‘Raise’ is selling for on Ebay and Amazon. KD