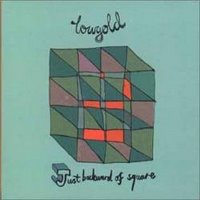 Lowgold’s deeply dull live persona belied their studio efforts. Darren Ford had the wherewithal to pen multifaceted gems but when faced with a studio audience he became a surly accountant. Ok, point made. Lowgold’s debut ‘Just Backward Of Square’ was a stellar effort, presenting tumbling corridors of noise with stylistic twists and turns. ‘Never Alone’ is a standout where an elegant strum is livened beyond recognition by Dan Symons inventive riffs. The delicate opening is inviting enough but the sealer comes by way of the chugging chords towards the end that you’ll want to go on forever. ‘Never Alone’ segues so seamlessly from those gentle moments to its wide screen Technicolor finale that it could end up being both your early morning riser and about to turn in soundtrack. KD

[US] Just Backward of Square