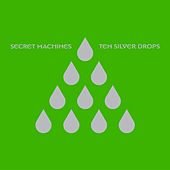 Never took much notice of Secret Machines, ‘Nowhere Again’ from their last album was a nice distraction but the message was often lost in the hyperbole of the music. So as I unfurled the Uncut Playlist CD of last month I wasn’t expecting much from ‘Alone, Jealous and Stoned’. Sure enough it had a cute entrance made up of sparse spacey noises but nothing to suggest greatness. Over a few listens though the inventiveness appeared through the fog. Now, Brandon Curtis’ vocals sounded wounded as he replayed the break up of a long-term relationship, his brothers’ guitars chirped tunefully and John Garza’s drumming bellowed with untamed rage. Maybe it was the influence of recording way up high in the Catskills Mountains but you’ll have to travel far to match the rolling crescendo that appears in the final third of ‘Alone, Jealous and Stoned’. This is life-affirming stuff, proof positive that whatever prog means or stands for it certainly can produce moments of sonic euphoria like this. KD